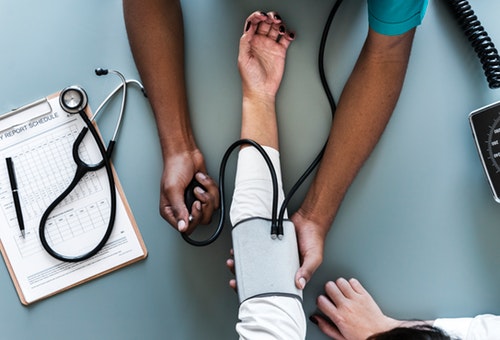 The Winifred J. Harley College of Health Sciences, formerly called the Winifred J. Harley United Methodist School of Nursing, was founded deep in the interior if Liberia in 1952 by Dr. George way Harley. The giving of simple medical care was started in 1926 and the first “hospital” was located in what was then the industrial supply house.

In 1949 Miss Dagmar Pederson, the first RN to join the mission staff, taught classes in nursing arts, basic sciences, reading, writing, and arithmetic to the hospital staff Workers. The classes were held in what is now the out-patient department pharmacy.

In 1951 the present male ward was opened to be used by both male and female patient s. Miss Uniola Adams and Miss Margaret Prentice joined the Hospital staff and started working towards a dream of having a school to train professional nurses.

In 1953 the Liberian Board of Nursing Examiners granted permission for a professional school of nursing to be started at Ganta hospital, but there were no student in the area with adequate education to qualify for admissions. By 1960 eight grade graduates were available and the nursing school was stared with eight students enrolled in two-year practice- nursing program Miss Adams and Miss Jewell Lineberger were the first teachers. In late, 1961 Miss Vera Hughlert and Miss Sue Dunham joined the hospital staff and the nursing school faculty.

This college operates a school of nursing that offers four programs: the first program is a three years Associate of Science Degree (ASN) in nursing; the second and third are a one to two years Bachelor of Science Degree (BSN) in nursing and Midwifery (BSW).
Students admitted to the Bachelor Degree Programs must have completed an Associate or Diploma program from an accredited nursing institution. Fourth is a two years Dental Therapy Program.

The Associate program is designed to train middle level professional nurses and health care technicians.
The program begins in Monrovia for one year where the basic nursing and general required courses are done and then upon satisfactory performance by the student, the program continues for two years at the Ganta, Nimba County Campus.
The Bachelor Program trains nurses who are already attained an Associate Degree or Diploma and are already licensed (Have taken and passed the State Board Examination).
Enrollment to the Programs (BSN & BSW) is based on success in a nursing challenged test consisting of the five basic courses.
The Dental Therapy Program is also for registered nurses and is run from our Gant Campus. Enrollment is based on the success in the nursing challenged test. However, students who did their Associate at UMU and have met these prerequisite are accepted as re-admitted students with all their credits accepted from the Associate Program. On the Other hand, students coming from other institutions who have met these prerequisites are accepted as transferred students.